Celebrate LGBTQIA+ Pride Month with some great films from Swank available to watch with your South Texas College account.

The Adventures of Priscilla, Queen of the Desert – Three transgender performers well known for their lavish costumes and lip-synching in Sydney travel across the Australian Outback in their ramshackle bus, “Priscilla,” on their way to a gig at a casino.

Angels in America – New York City, 1985. A gay couple’s relationship is rocked by the revelation that one has AIDS; a young man named Joe Pitts is offered a job by conservative icon Roy Cohn–who also learns he has AIDS.

But I’m a Cheerleader – When her parents suspect that she’s a lesbian, a high-school student (Natasha Lyonne) is sent to a sexual-rehabilitation camp.

Deep in Vogue – Deep in Vogue celebrates the colorful, queer, emotional and political stories of Northern Vogue and its people. Synonymous with the black, gay ballrooms of 1980s New York this documentary asks why we need Vogue in Manchester now more than ever.

Do I Sound Gay? – A look at the stereotype of the “gay voice” examines its connotations in modern society.

The Miseducation of Cameron Post – Cameron, a high-school track athlete, is forced to attend a Christian gay conversion therapy center after her legal guardian discovers she is a lesbian. But Cameron finds camaraderie and solidarity with the other gay teens there and learns how to survive in an intolerant world.

Moon Manor – With advancing Alzheimer’s and a determination to do things his way, Jimmy’s decided to throw himself a fabulous FUNeral before his intentional death, showing his estranged brother, salt-of-the earth caretaker, sharp-witted death doula, a novice obituary writer, a cosmic being, and the guests at his FUNeral — that sometimes the art of living just may be the art of dying.

Moonlight – The tender, heartbreaking story of a young man’s struggle to find himself, told across three defining chapters in his life as he experiences the ecstasy, pain, and beauty of falling in love, while grappling with his own sexuality.

Stonewall – A gay runaway in the 1960s finds a sympathetic community at the Stonewall Inn, a gay bar in Greenwich Village. In time, harassment from the police galvanizes his political conscience.

Suited – A look at a tailoring company in Brooklyn that provides custom attire for LGBTQ clients features profiles of the owners and the diverse community they serve.

Tell It To The Bees – A female doctor pursues a romantic relationship with the mother of her young patient in 1950s Britain. The latter is evicted from her rural home; they all risk social ostracization when the doctor allows the two of them to live with her and her bee colonies.

Wig: A New York Drag Story – This feature documentary offers a vibrant cultural history of drag and the annual outdoor festival that came to epitomize it: Wigstock. Drawing on unfiltered access to some of New York’s most famed drag artists – tenured veterans and talented newcomers alike – Wig follows legendary drag queen Lady Bunny as she aims to resurrect Wigstock for a new generation.

In the United States, LGBTQIA+ Pride Month commemorates the Stonewall riots, which occurred at the end of June 1969. Many events are held during June to recognize the impact LGBTQIA+ people have made on society. 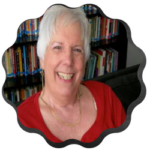 Antonia Harter presented Transgender 101 in the auditorium at Mid-Valley Campus on Tuesday, March 22nd at 10AM. Through a partnership with faculty member Jenny Chamberlain, STC Library was able to record the presentation for posterity. Antonia Harter has presented Transgender 101 for students, faculty, and the community at STC for over ten years. She has decided to retire the presentation this year, and so we were privileged to archive this influential and historic lecture.

We are excited to share the full presentation and Q&A session, now available on our YouTube page.

STC’s LGBTQIA+ Student Rights and Responsibilities – Resources for students. South Texas College is committed to providing support services for Lesbian, Gay, Bisexual, Transgender, Questioning, and + gender identities in our community. We believe that a campus environment that celebrates differences in sexuality, sexual identity and gender identity is beneficial to the entire community.

Resources and Support for LGBTQIA+ College Students – This resource is intended to be a welcoming guide for supporters to build bridges of understanding when someone they know comes out to them as lesbian, gay, bisexual, transgender or queer.

Stonewall Forever – An online monument that explores LGBTQIA+ life before and after Stonewall.

Pride Talk with Jo Reyes-Boitel – STC’s 2021 Pride celebration featured a talk with local author Jo Reyes-Boitel about her work, being a queer woman, and how she established her voice as a writer. Includes readings from Michael + Josephine and mouth.

LGBTQIA+ Studies Resource Guide – A guide with resources from the Library of Congress. These collections tell the rich and diverse story of LGBTQIA+ life in America and around the world.

The Advocate – Established in 1967, the oldest continuing LGBTQIA+ publication in the United States. The website contains approximately thirty percent of the print issue online, updated daily.

Jo Reyes-Boitel is a queer, mixed-Latinx parent, poet, essayist, and playwright with a new book coming out in 2021. Tune in for a reading of her work and a talk on how she established her voice as a writer. This event is free, open to the public, and will be hosted on Zoom Webinar. 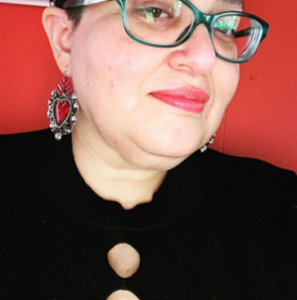