The Hispanic American Periodicals Index (HAPI) provides complete bibliographic citations to the contents of scholarly journals published around the world on Latin America and the Caribbean since the late 1960s. Our coverage includes everything from political, economic, and social issues to the arts and humanities. The database is a nonprofit project of the Latin American Institute, University of California, Los Angeles (UCLA)

Students and faculty in the Language & Cultural Studies program will find the database easy to navigate, with user-friendly features, such as video tutorials and detailed search tips with examples.

Unsure about what terminology to use or topics to search? Use the browse subject and related topics option for suggestions. Researchers are then given the option to limit by language, date range, full-text results, and searching only peer-reviewed journals. From the results page, researchers can select citations of interest for printing or to be sent to their email. Aside from providing citations, the database boasts that over 80 percent of their collection includes links to full-text resources.

What can you find on Nursing & Allied Health Source? 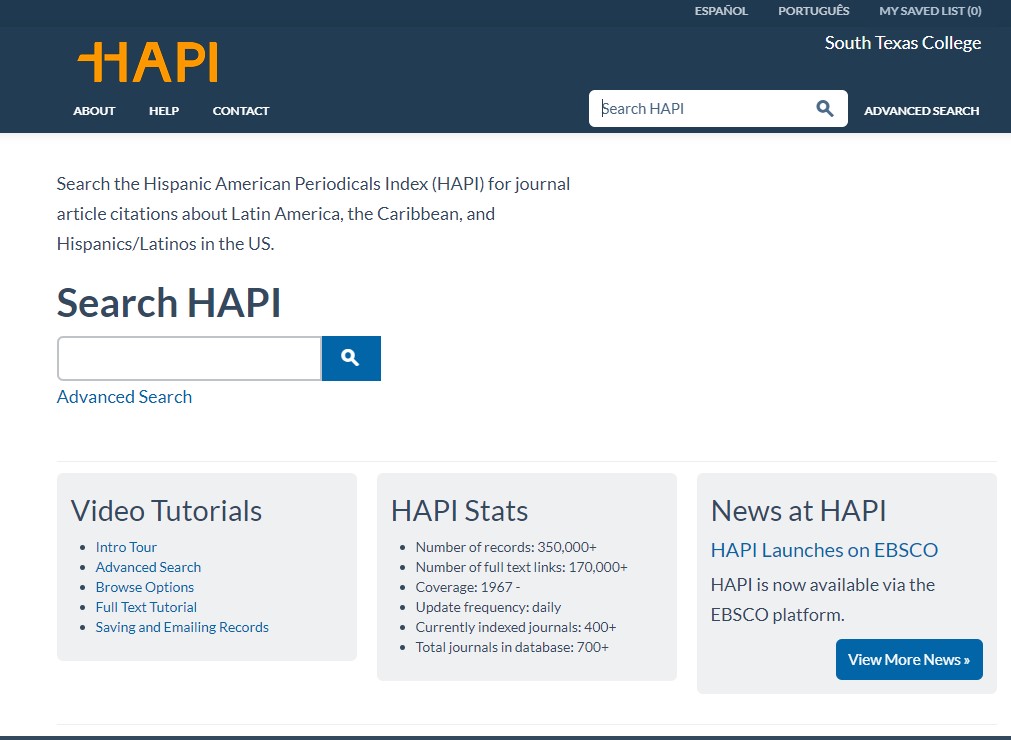 You can access HAPI from this blog post or from our Databases page.
Contributed by Librarian, Sara Martinez

Nursing & Allied Health Source also provides training videos from Medcom, Inc. These videos cover important topics such as health care safety, emergency planning, checking vital signs and more. Videos are broken down into chaptered clips for easy study and can be viewed in document view or downloaded to your desktop for reference. By going beyond journals and taking a holistic and interdisciplinary approach to subject coverage, this database is uniquely suited for students, instructors, researchers, and healthcare professionals.

What can you find on Nursing & Allied Health Source? 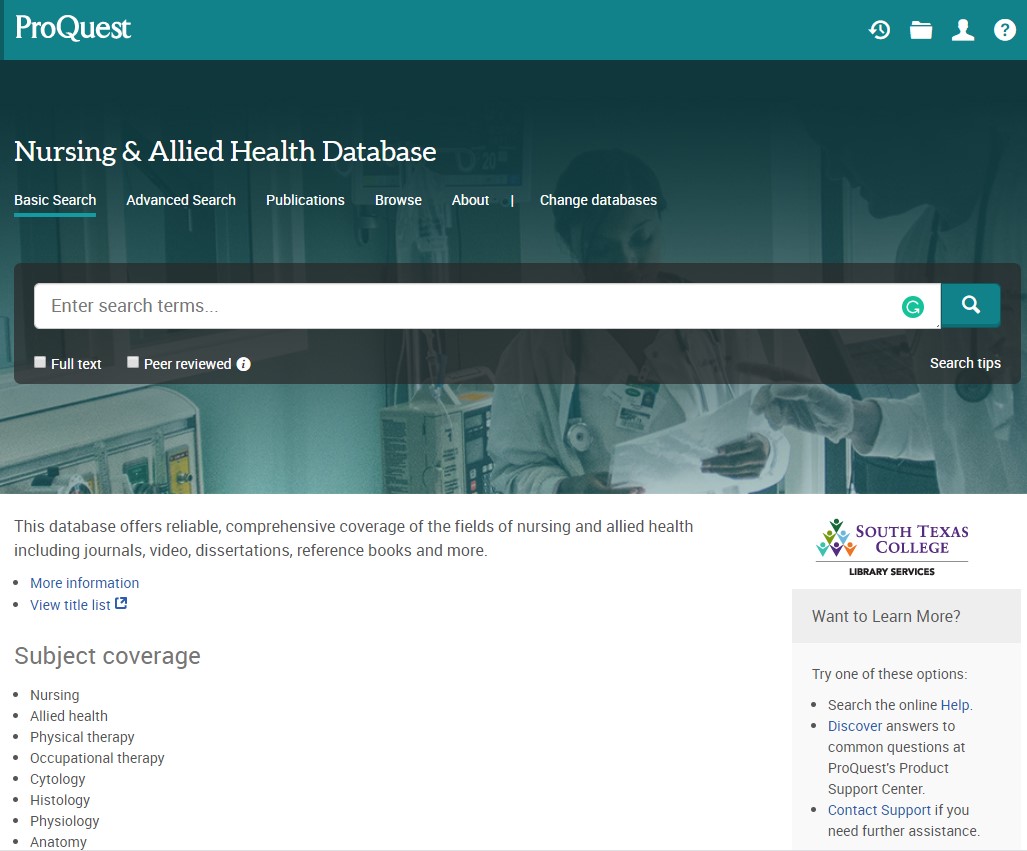 You can access the Nursing & Allied Health Source from this blog post or from our Databases page.
Contributed by Librarian, Jose Noriega.

Interested in learning more about Hispanic heritage? Arte Público Hispanic Historical Collection (Series 1 & Series 2) draws its content from the Recovering the U.S. Hispanic Literary Heritage Project, the largest national project ever to locate, preserve, and disseminate Latino-Hispanic culture of the United States in its written form.

Series 1 is an archive of historical content covering Hispanic history, literature, political commentary, and culture in the United States. The creative life of U.S. Latinos and Hispanics is highlighted focusing on the intellectual vigor and traditional values that have characterized them from the earliest moments of this country’s history through the present. Series 2 is an archive of rare manuscripts, books and newspapers – including rare anarchist newspapers – are presented in their original form. Much of the content is written, indexed and searchable in Spanish and English.

What can you find on Arte Público? 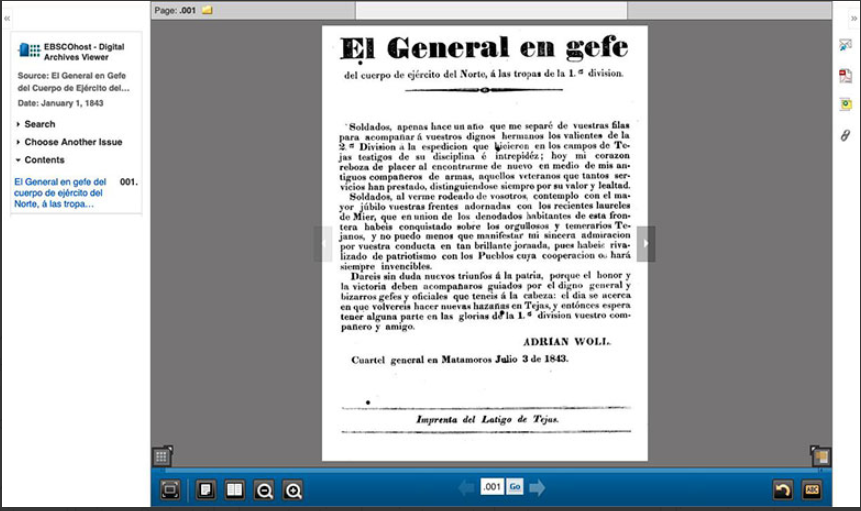 You can access the Arte Público Hispanic Historical Collection (Series 1 & Series 2) from this blog post or from our Databases page.
Contributed by Librarian, Angelica Maria Garcia.

On Monday, January 20th, all libraries and computer labs will be closed in observance of Martin Luther King, Jr. Day. We will resume regular hours on Tuesday, January 21st.

Welcome to South Texas College Library! Join us as we highlight some of the services that we offer students, faculty, and the community in this short video.

Whether you need a quiet place to study, print out a research paper, or even find an ebook, the South Texas College Library is here to help. Come visit us!

During Finals week, December 9th – 13th, the Nursing & Allied Health Campus Library (B-1.200) will be having extended hours.

How can you use JoVE? 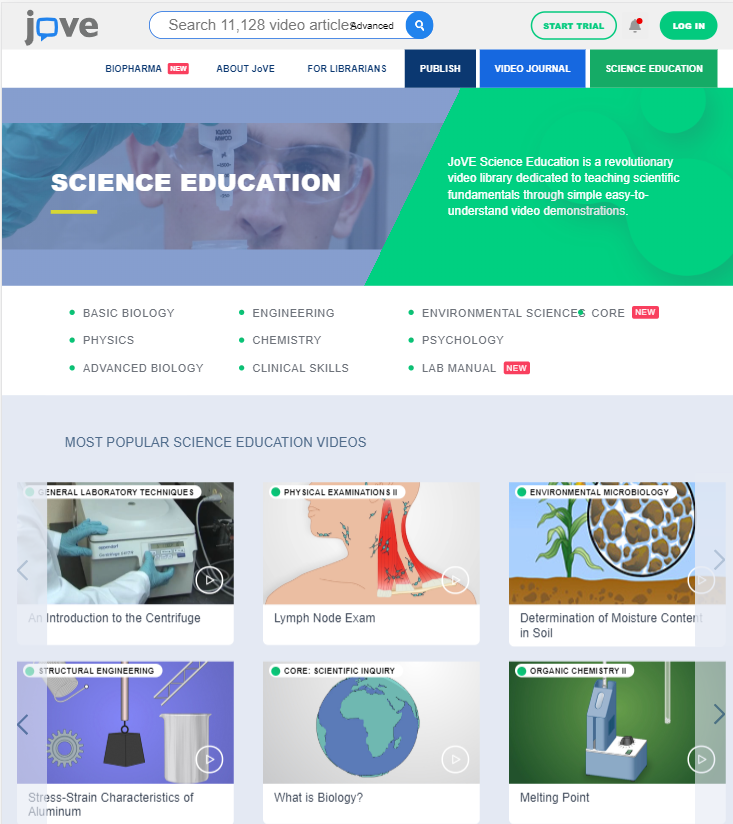 You can access JoVE from this blog post or from our Databases page.
Contributed by Librarian, Maureen Mitchell.

We the People of the United States, in Order to form a more perfect Union, establish Justice, insure domestic Tranquility, provide for the common defence, promote the general Welfare, and secure the Blessings of Liberty to ourselves and our Posterity, do ordain and establish this Constitution for the United States of America.

–Preamble to the United States Constitution

September 17 is designated as Constitution Day to commemorate the signing of the U.S. Constitution in Philadelphia on September 17, 1787. The Federal Convention had first convened in May to revise the Articles of Confederation, but the need for an entirely new frame of government became clear. State delegates debated issues, such as federalism and representation, all through the summer as they drafted the articles of the new Constitution. 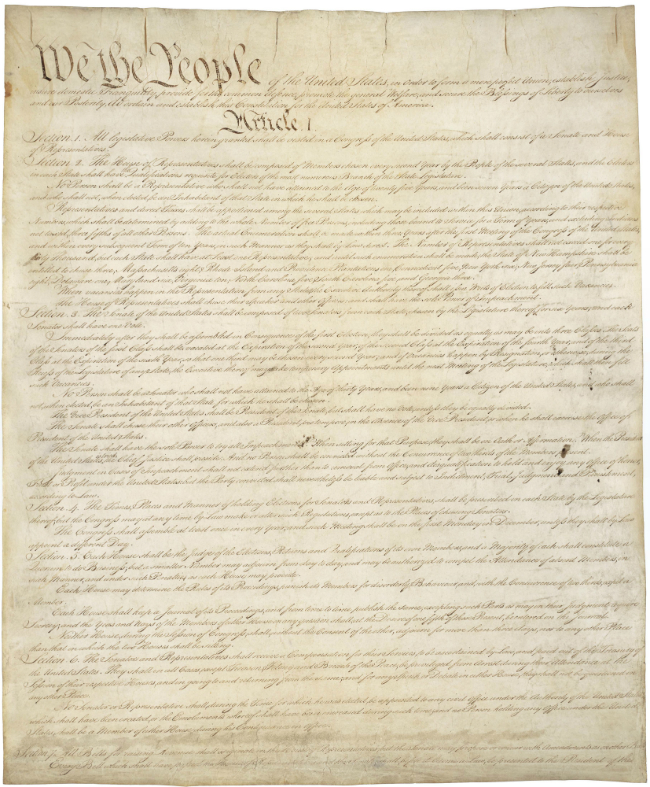 Constitution of the United States

Ratified in 1788, and in operation since 1789, for over two centuries the Constitution has remained in force because its framers wisely separated and balanced governmental powers to safeguard the interests of majority rule and minority rights, of liberty and equality, and of the federal and state governments. The Constitution has evolved through amendments to meet the changing needs of a nation now profoundly different from the eighteenth-century world in which its creators lived.

The United States enjoys a representative form of government, shaped by three separate branches as established in the Constitution:

This guide was created by Sabrina De Anda.

Do you need an article on past and present indigenous cultures (Hispanic, Latin American, and the Caribbean Basin)? Check out our PRISMA database for those research needs. PRISMA (Publicaciones y Revistas Sociales y Humanísticas) is a complete reference resource providing students and faculty full-text scholarly journals covering all aspects of Hispanic Studies. Students and faculty can use PRISMA when doing research on a variety of social science or humanities topics from current economic indicators to politics and society to Hispanic theatre. PRISMA offers content in three languages — Spanish, Portuguese, and English.

How can you use PRISMA? 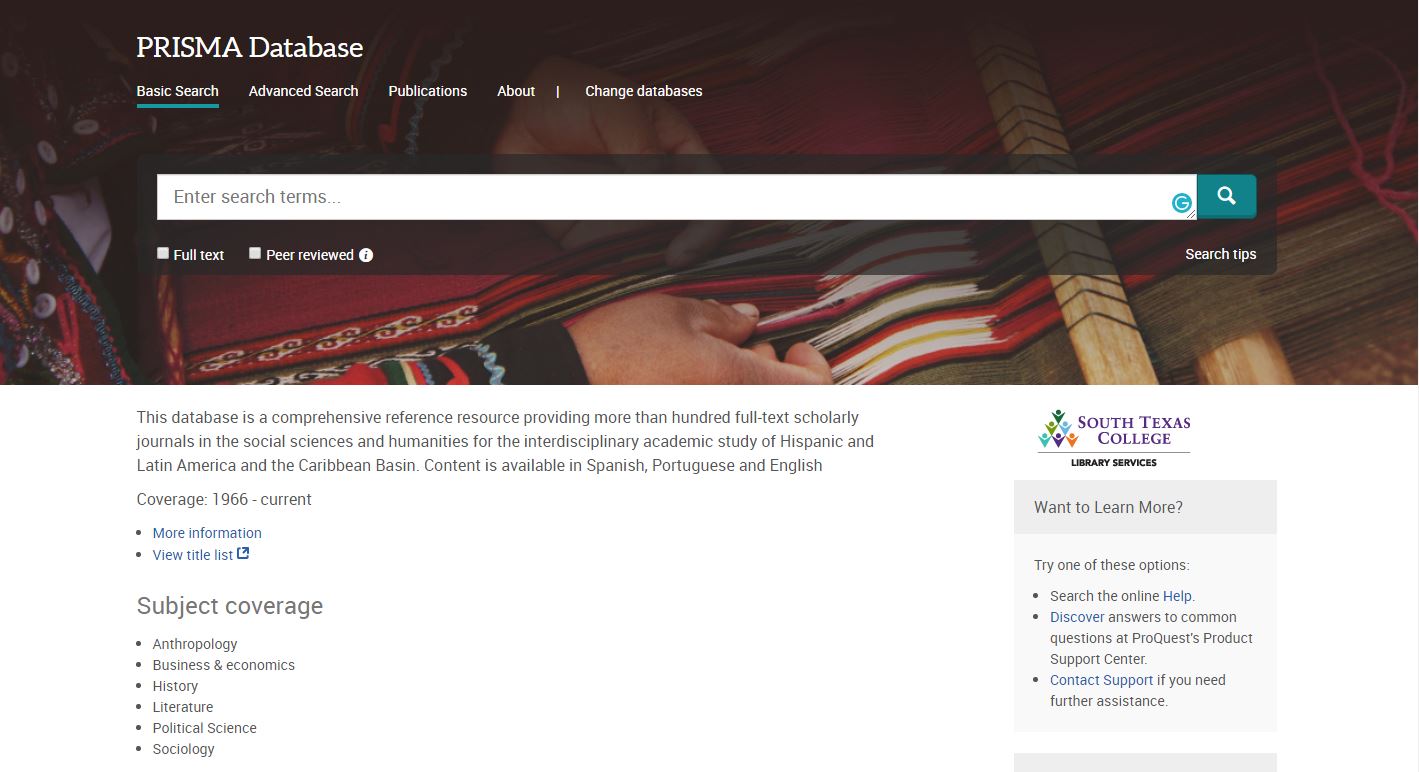 Click or tap the image to visit the PRISMA Database.

Seeking ideas that can assist with developing your research for current events; social, political and economic issues; scientific discovers; and other popular topics frequently discussed? If so, TOPICsearch is a good resource. It also provides controversial opinions and viewpoints to support your research. Students can use either the dropdown menus for Current Events or Topics to easily locate relevant articles. This database contains full text for over 150,000 articles from 475 diverse sources, some of which are from South Texas College Library’s subscription to Flipster, an online database with digital magazines.

How can you use TOPICsearch? 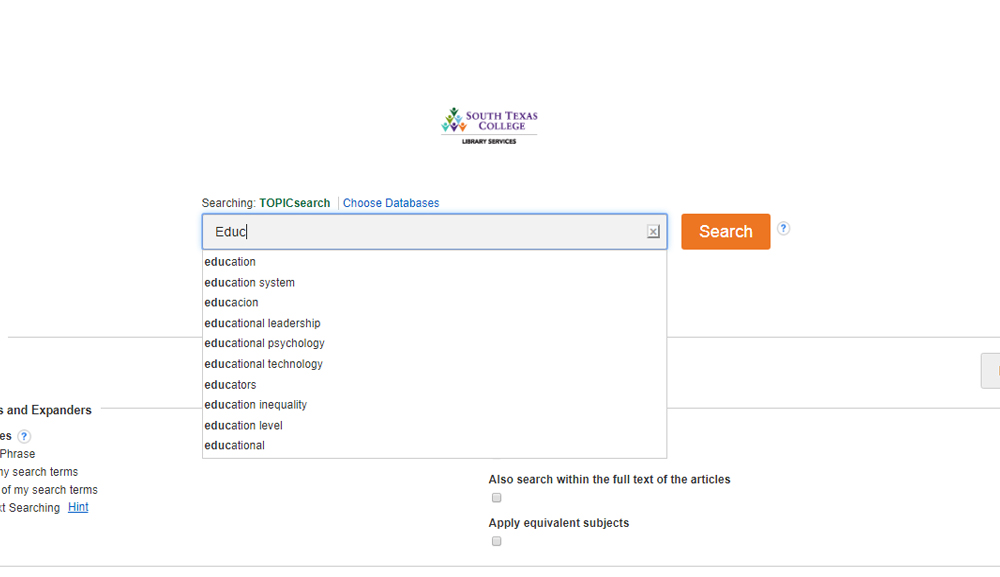